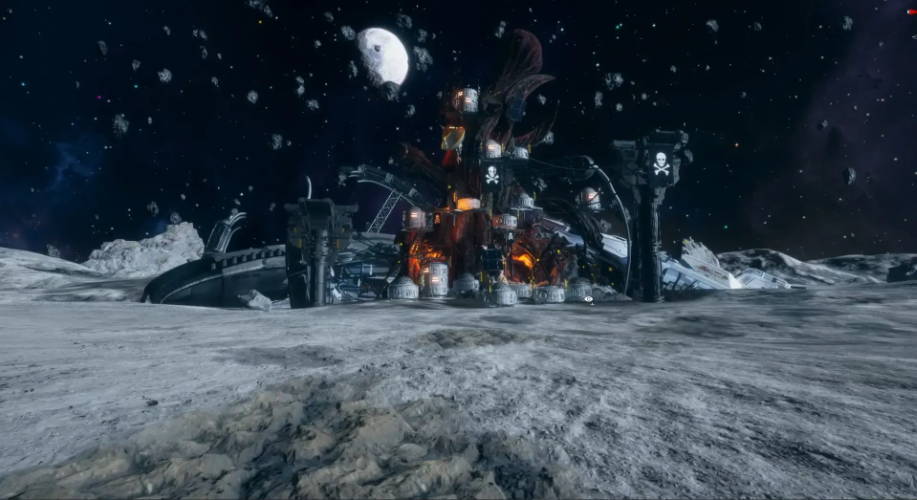 Our founder, Freeman, talks about his grand vision a lot, which is to one day build the Matrix - a virtual world that is so immersive and engaging, you'll want to live in it, forever.

And we have another term to describe such a world, the Ultimate Sandbox. We aim to build the ultimate sandbox filled with intriguing mechanics by following 3 core pillars:

Most MMORPGs are not true sandboxes, because they either lack pillar #2 (nothing happens if the player doesn't do anything - the world is static), or they lack pillar #3 (a player cannot really permanently change the game world).

We imagine a virtual world in which people go about with their busy lives, each with his/her own goals and desires, a world that lives, and evolves, even without any player participation. But you, the player, is able to influence anyone, and in turn, change that world.

Making the Ultimate Sandbox is extremely challenging, and will take many years. We don't want to promise a project that we'll never be able to finish, or will take too long to complete.

Earth From Another Sun is already a working open-world game, and already offers a ton of things to explore, but it's not yet the Ultimate Sandbox. However, it is a solid step in that direction. It excels in all three of the pillars above. Please read on to learn about how each pillar is realized in Earth From Another Sun.

AN EVER EXPANDING OPEN WORLD

A.k.a. A huge number of things to do and to discover

The open-world galaxy in Earth From Another Sun is populated with many interesting things.

Travel from place to place, or from planet to planet, and you are sure to discover something new.

Here's is an incomplete list of objects you can discover in the galaxy by the end of 2021:

Asteroids (with loads of mineral deposits fit for mining)

Space Debris (with the potential to find good loot)

Spawning Pools (with large numbers of Pem, and contantly sending out infestation)

Exploration Sites (usually fraught with danger, but also the potential for great loot)

And many, many new things, places, people and quests will be added in the future.

But that's not all. Read on to discover how this world will get populated even faster. 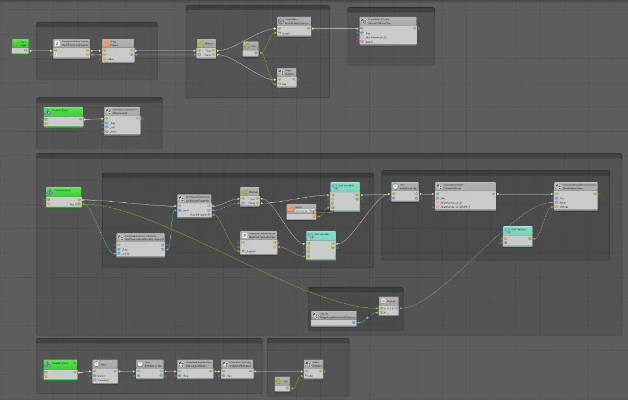 The design tools our designers use internally will be polished and packaged, and released for public use. That means anyone can add new content to the open-world galaxy.

For example, a tool we are building now is for creating adventure events. You'll be able to use this tool to create mini-stories that players can discover while they play. Or perhaps even create a chain of stories, linking into a larger epic. Your imagination is the limit.

Numerous other tools will be launched, one after another. You'll be able to create NPCs, quests, loot, your own base, and even planets.

With such a design, the rate of content expansion will accelerate very quickly. And because higher content density means a better open world, the galaxy in Earth From Another Sun will become densely populated and extremely worthy of exploration.

CHILL WITH A FEW FRIENDS AND HAVE A GREAT TIME

This world is built with multiplayer in mind. While exploring a densely populated open-world solo is fun, it gets even better if you can do it with a few friends.

When you start off in this universe, you'll own a tiny spaceship, and your crew will live inside this spaceship, using the navigation table to chart a course, and the numerous other stations and consoles to deal with the number of things a spaceship crew needs to deal with.

As you grow stronger and wealthier in the game, you'll gradually upgrade to a larger and more luxurious ship. Your crew will find that the interiors of the ship also grow in size and have better amenities.

Whenever you land, be it a planet, a space station, a battlefield, or whatever, your crew can disembark together to explore the location, hauling loot back into the ship at the end of a successful raid.


A GALAXY THAT RUNS ON ITS OWN 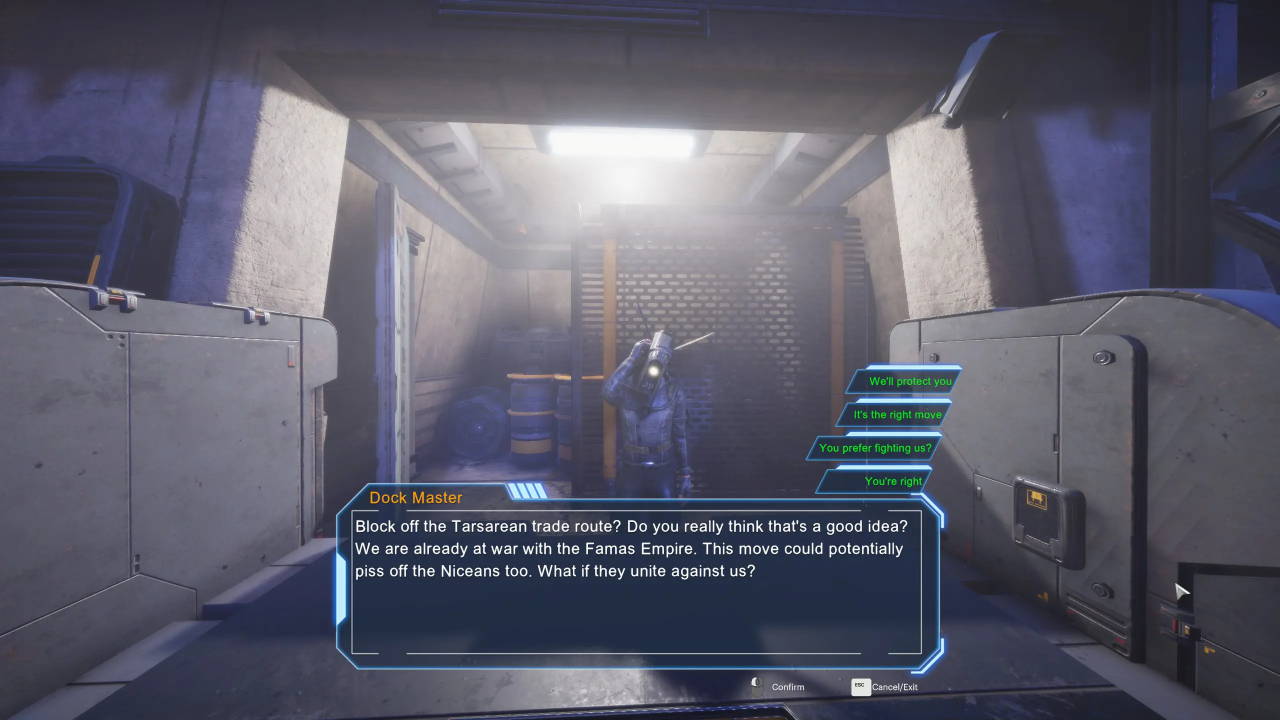 To build a universe that truly feels alive, the universe needs to actually live, make decisions, and do things. And we start this simulation with the Ascendance AI system.

The Ascendance system controls the NPCs that populate the universe in EFAS. Each NPC has his/her own goals and aspirations, and a large set of actions. Each NPC carries out actions in accordance with his/her goals.

The NPCs can interact with other NPCs, as well as the players, let's call both types "agents" for simplicity. Various relationships exist between agents. Each agent also has a number of attributes, such as health, impulsiveness, kindness, etc.

When many agents exist in a universe, the sheer quantity of the agents, as well as relationships, cause a fundamental change in the complexity of the system. You could make a small change to the system, and that change could escalate quickly, causing a large change.

For example, if you kill an infamous pirate plaguing the asteroid belt, the residents around the belt can live a better life. You'll see their happiness levels rise, they'll get married more often, there will be more goods for sale in the shops, and perhaps a new nation will form out of the growth in prosperity.

You might also implant hatred in the heart of an agent toward another agent. If they are factions leaders, you could be the catalyst for an inter-planetary war.

With such a system in place, the universe is always dynamic, and what happens next is unpredictable. Don't be surprised if you get your crew into some very interesting situations! 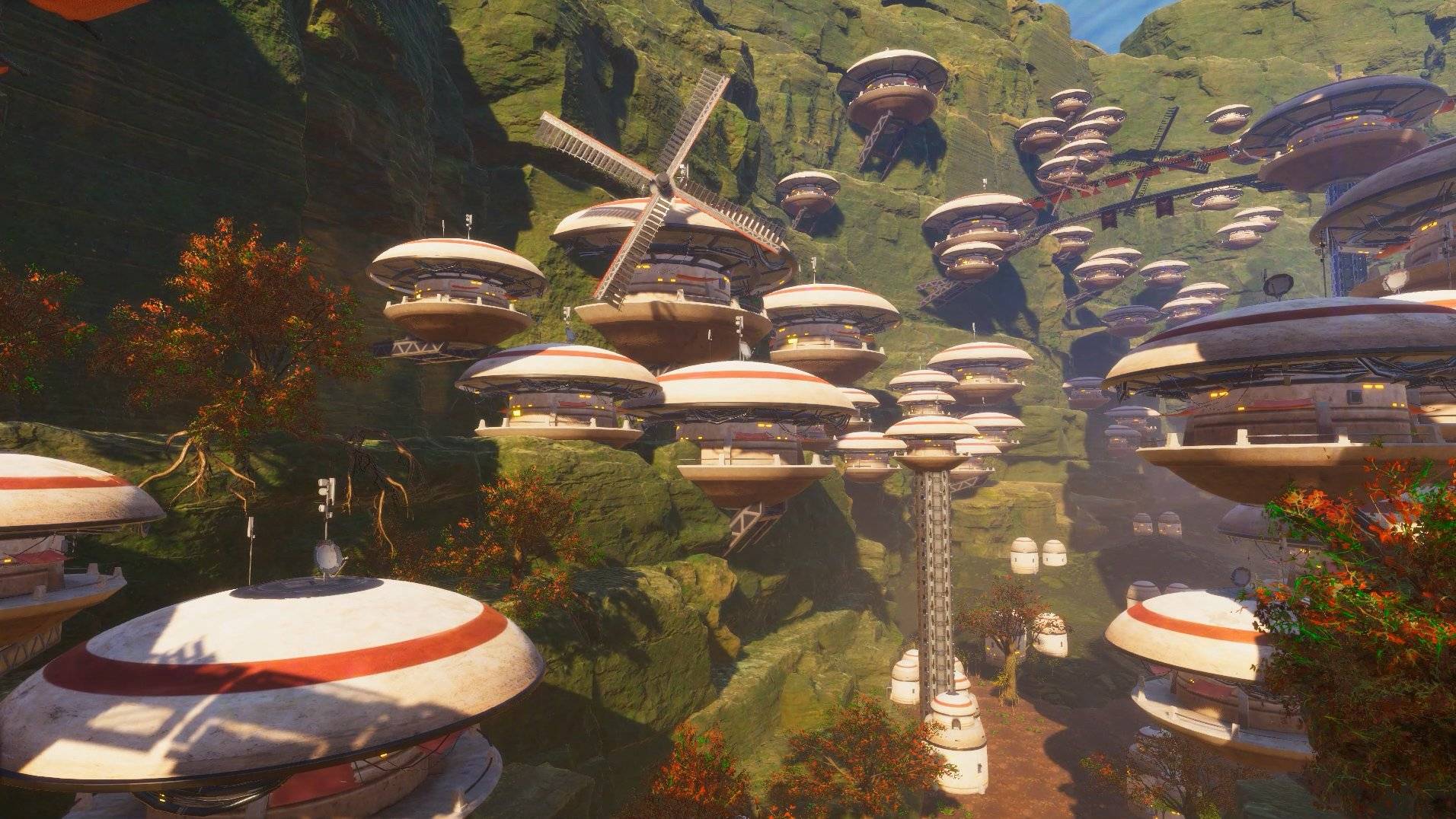 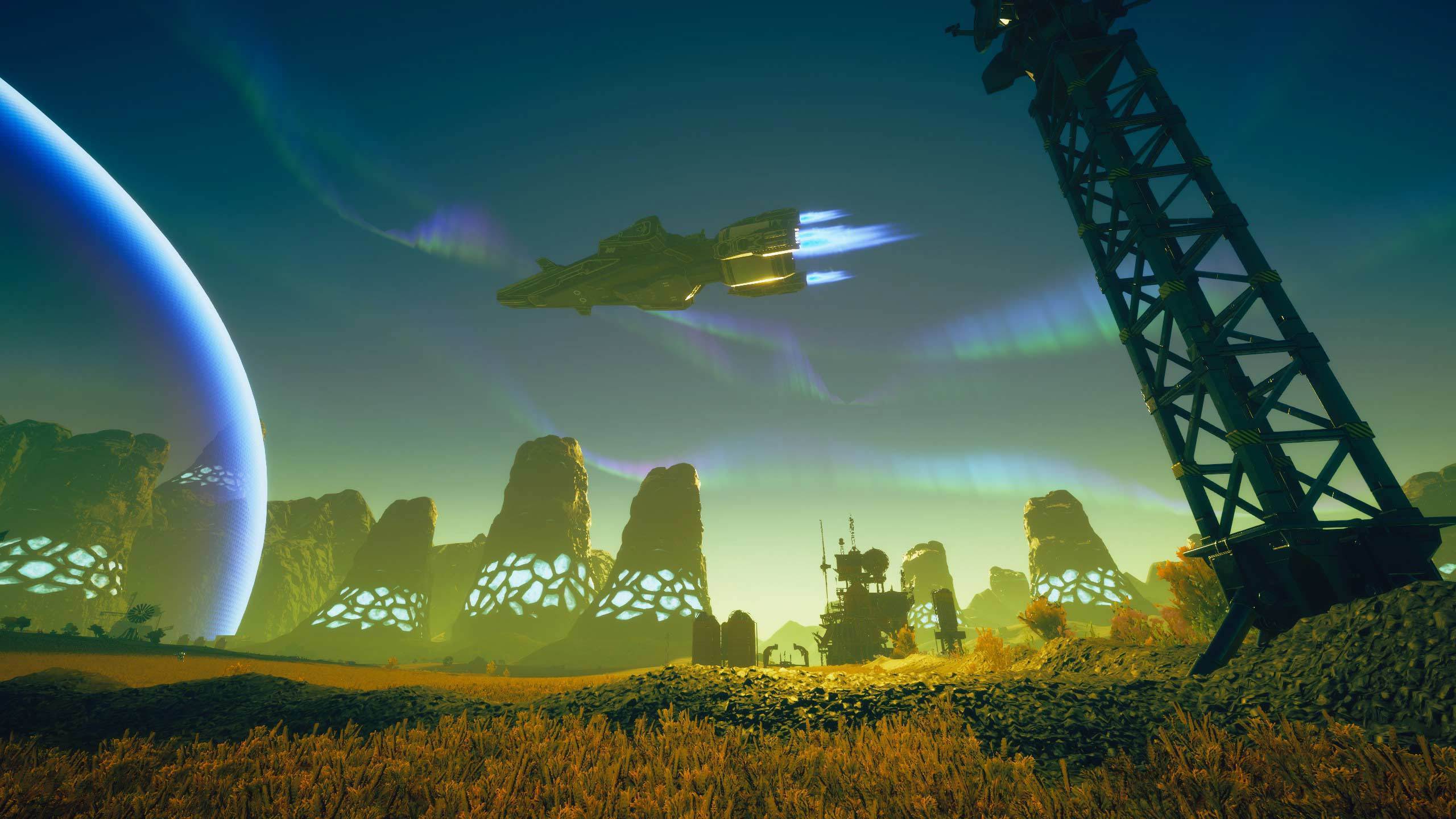 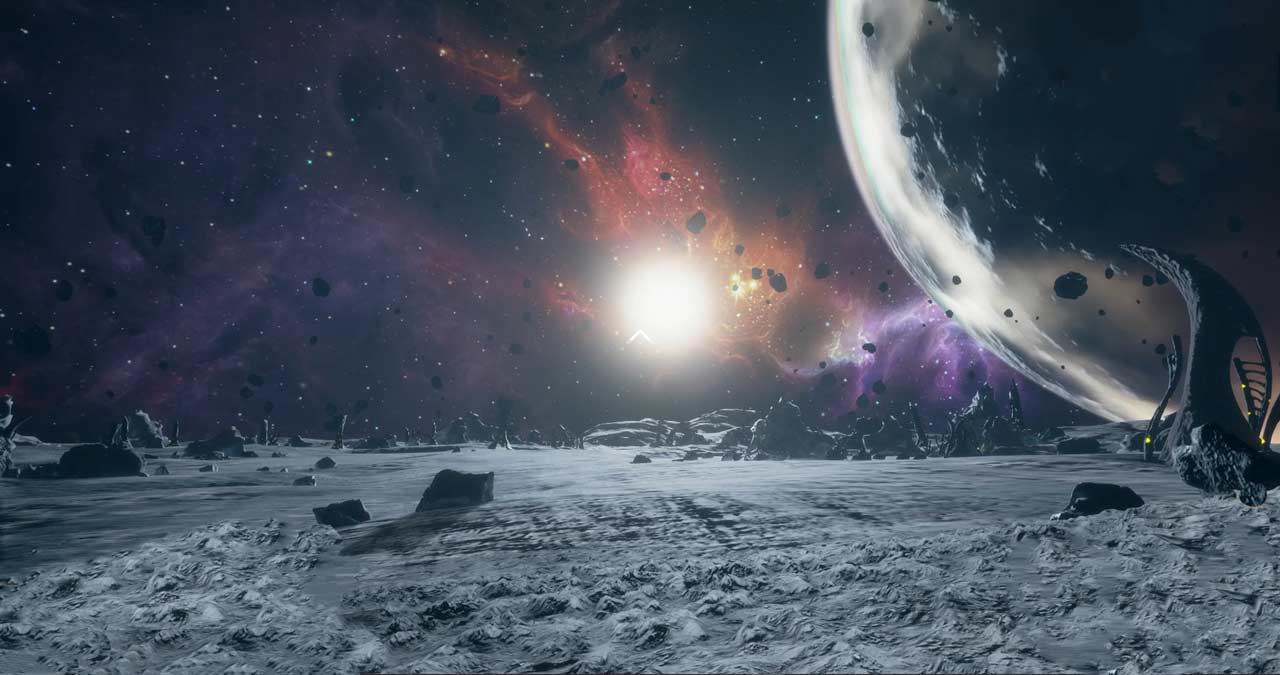 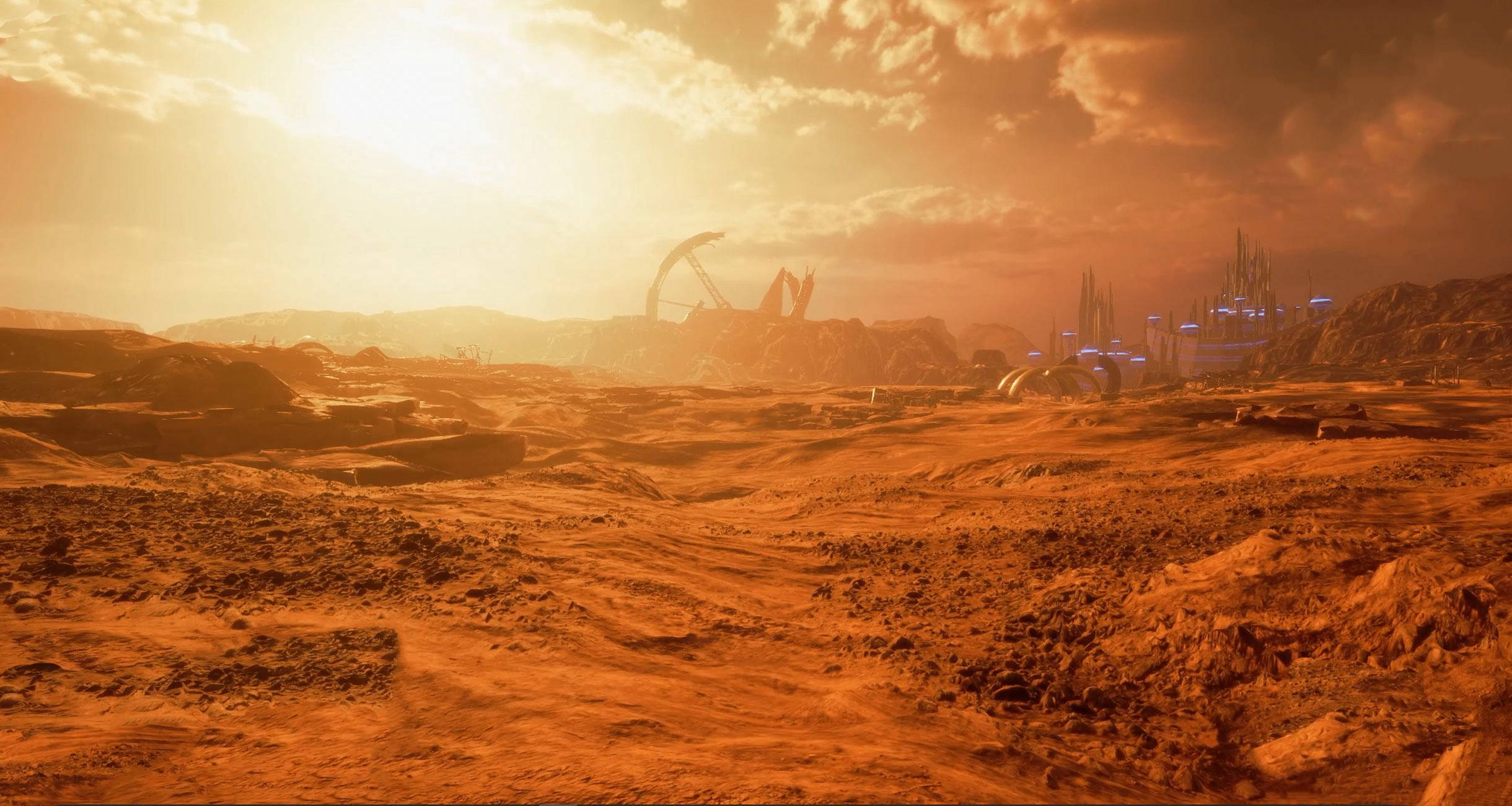 One of the most important reasons we are doing crowdfunding, is to grow the amount of funds we have for the art of the game.

While we are not a large AAA studio, we do strive to achieve current-gen quality visuals in Earth From Another Sun.

It is not easy, and making great-looking art is very expensive. An experienced video game artist makes ~$100,000 USD per year, and a number of artists are required to make a game of this caliber.

But whatever funds we receive from our backers, will be put into making the game better, so you will receive a polished, great-looking game.

So let's build the metaverse together!!!